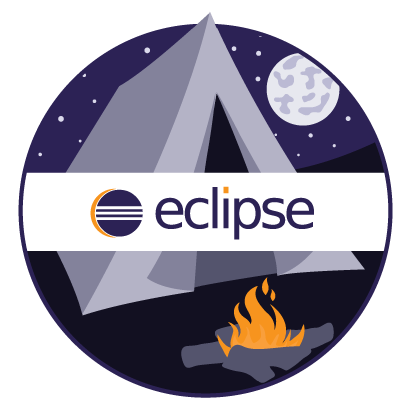 On Wednesday 22nd of November, University of Zagreb Faculty of Electrical Engineering hosted the Eclipse DemoCamp, an event organized to connect the Eclipse community with the local open source community and to showcase Eclipse and open source products.

The symbIoTe solution was presented and demonstrated during the event. In particular, our technical team showed how the open source IoT platform openHAB, a project within the Eclipse umbrella for smart home solutions, was extended to be integrated within the interoperable symbIoTe ecosystem.

Mr. Philippe Krief from Eclipse opened the event by presenting a brief history of Eclipse activities and future plans. Mr. Hrvoje Šimić from CROZ presented a tool for model-driven development in Eclipse implemented within the FP7 project CaaS: Capability as a Service for Digital Enterprises. Mr. Antonije Ivanović from Ericsson demonstrated the use of Eclipse MyLyn plugin for the development and maintenance of complex business solutions which facilitate software testing. Mr. Mario Kušek from FER presented how productivity can be improved by using shortcuts in Eclipse IDE.

Mr. Mario Kušek and Mr. Pavle Skočir presented the main objectives and concepts of the symbIoTe solution and how an existing IoT platform can become part of the symbIoTe ecosystem. In particular, the integration with openHAB, a technology agnostic home automation platform has been shown. A Waspmote device and a Philips Hue lighting system were connected to an openHAB instance and made searchable, open and secure by means of the symbIoTe framework! Thus all devices managed by the openHAB instance become available and interoperable with other resources from symbIoTe-enabled platforms: the open source OpenIoT platform and Nextworks’ Symphony. This feature opens up enormous possibilities for IoT application developers! For example, we demonstrated a mobile application for observing sensor readings and controlling the Philips Hue lamp through a uniform symbIoTe interface enhanced with our flexible solution for access control.

Eclipse DemoCamp has concluded the rich agenda of the IoT-themed week in Zagreb, highly driven by the symbIoTe team. It followed the Zagreb Forum conference which has awarded the most innovative Croatian Smart City solution, where symbIoTe’s Ivana Podnar-Žarko served as a member of the jury, and IoT-EPI Innovation Night Zagreb edition co-organized by the symbIoTe team.

Demonstration, open source, Software
We use cookies to ensure that we give you the best experience on our website. If you continue to use this site we will assume that you are happy with it.AcceptPrivacy policy